Archive for the ‘Other Thoughts’ Category

You know the scenario. A writing project you care about gets derailed by family drama, work woes, a relapse of depression, a rough election, or some other configuration of challenges that life throws at you.

And suddenly you lose your … Read more 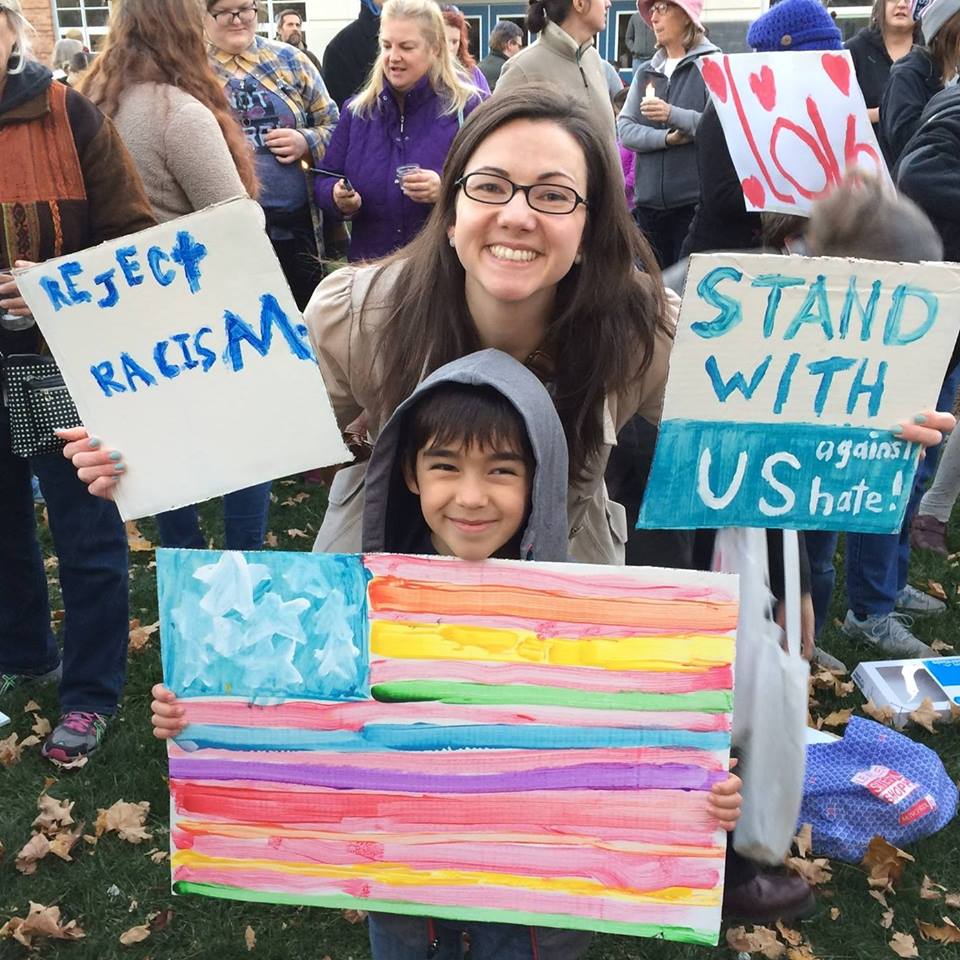 Sunday, at the age of 32, I went to my first demonstration. My husband and I took the kids and gathered with about 500 neighbors for a peaceful, family-friendly vigil and march. Our goal: to come together in response to … Read more

It’s been a rowdy few weeks in online discussions of diversity in YA and children’s books. I was just getting my thoughts together about Meg Rosoff’s dismissive-shading-to-hostile-shading-to-defensive response to an important contribution to children’s literature. (Read Edi Campbell’s post, … Read more

Two things are on my mind today. First, real-deal censorship, like the total ban on Ted Dawe’s award-winning YA novel Into the River in his home country of New Zealand. Second, the softer, but possibly more damaging censorship that writers … Read more

Check this post at Latin@s in Kid Lit out. Patrick Flores-Scott makes a case for creating a diverse YA/kid’s publishing version of the Hollywood Black List, a vetted collection of best screenplays that haven’t yet been purchased. The concept is … Read more

Now Go Write: Lies and Truths with Your Character

A party game as a writing exercise? Why not! Get to know one of your characters better—or invent one out of the blue—by forcing him or her to play two truths and a lie. If you’ve never played this party … Read more

Is there an exit strategy? Asking questions about TFA

An education blog recently published an open letter to new TFA corps members that is causing quite a stir. Here’s how Katie Osgood begins her message:

It is summertime, which for those of you newly accepted … Read more

Not long ago I heard from a Houston high school teacher that my novels The Knife and the Butterfly and What Can’t Wait had gone “viral” among students. It wasn’t that a teacher was requiring kids to read the books; … Read more

More than guns: a lesson from Sandy Hook shooting

“That could be our town,” I heard people saying on Friday as the tragic events at Sandy Hook Elementary began to come to light. “That looks so much like my son’s school,” one mother said in the doctor’s waiting room where … Read more

A Journey toward (real) food

The husband and I just finished reading Michael Pollan’s In Defense of Food: An Eater’s Manifesto, and it has sparked lots of good conversation about our priorities for the food we put onto our–and our son’s–plate. That’s a conversation … Read more